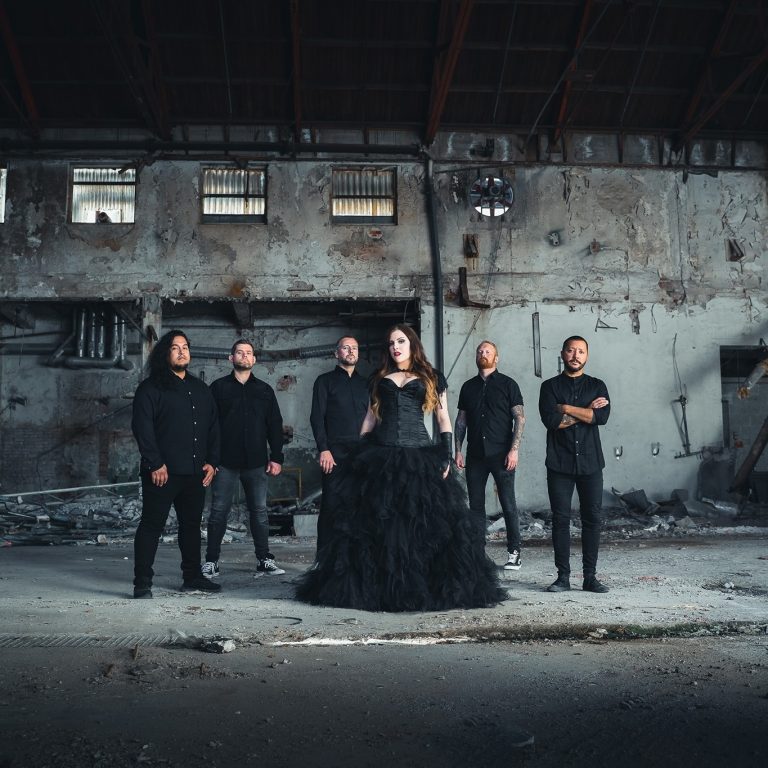 Trail of Tears began in 1997, up until then some of the bandmembers had spent a couple of years experimenting under the name of Natt. After carving out their musical direction, the name Trail of Tears was instituted in the beginning of 1997 and a 3 track demotape entitled “When Silence Cries…” was recorded shortly after in Jailhouse Studio to great acclaim. The demo prompted a spew of contractual offers from labels around the world and in early 1998 the band signed a two-album deal with Dutch label DSFA Records. Trail of Tears once again entered Jailhouse Studio in Norway to record their debut album “Disclosure in Red”, which saw the light of day in November 1998. Heavy touring followed, including European tours and shows with among others Tristania, The Sins of thy Beloved, Cradle of Filth, Biohazard and several other bands. The touring cyclus was crowned with a victorious performance at Holland´s Dynamo Open Air festival.

Immidiately after, the band started work on the follow-up album and having spent the latter part of 1999 crafting the songs, they entered Jailhouse Studio to record “Profoundemonium”, which was licensed to Napalm Records outside of the Benelux countries and released in 2000. The band continues to stay active on the touring circuit, completing several European rounds and performing at festivals such as Wacken Open Air, Quart Festival, Eurorock and Metal Dayz to name but a few.

In the summer of 2001, the band signs a 3 album deal with Austria´s Napalm Records, entering Soundsuite Studio in Marseille, France with producer Terje Refsnes in February 2002. The band records nine tracks, as well as a cover of Faith No More´s “Caffeine” for the limited edition version of the monstrous and highly successful third album, “A New Dimension of Might”. A very busy touring schedule starts, including full tours and numerous shows in Europe, as well as the first full Mexican tour in June 2003.

Having spent over a year on the song-writing process for the fourth album, the band opted for a heavier and more extreme approach which can clearly be heard on “Free Fall into Fear”, which is released in February 2005 by Napalm Records. The effort was recorded in Dub Studio in Kristiansand, Norway and to promote the album the band completed a very successful tour with Therion and Tristania which took the band to 14 European countries. The band also hits the festival circuit again, playing among others Germany´s Summer Breeze festival.

It did not take long until the band resumed work on their song-writing and almost 12 months were spent crafting what was to become the most mature and adventurous album to date, “Existentia”. The album saw Trail of Tears once again returning to Soundsuite Studio with producer Terje Refsnes in the summer of 2006. The album features guest performances by Norwegian keyboard wizard Bernt Moen and the amazing French singer Emmanuelle Zoldan.

“Existentia” is released by Napalm Records in January 2007 to much acclaim and overwhelming reviews. The band follows up with further touring, most importantly with their first ever North American tour, playing nearly 30 shows across the US as well as Canada. Summer of 2008 also sees the band playing more festivals then ever before, including among others Wave Gothik Treffen and Metal Mania Open Air.

Two additional album releases follow in the form of Bloodstained Endurance (2009), and Oscillation (2013) before the band is put on hiatus in 2013.

Fast forward seven years, Trail of Tears announces its return to the scene in 2020. With a revamped line-up featuring original members Ronny Thorsen, Runar Hansen and Jonathan Alejandro Perez, the band joins forces with long time member Endre Moe, and recruits new guitarist Nicolay “Jørni” Johnsen, as well as acclaimed Spanish singer Ailyn. The band is once again ready to return to the live circuit, with an array of plans for both live performances, as well as new musical recordings.