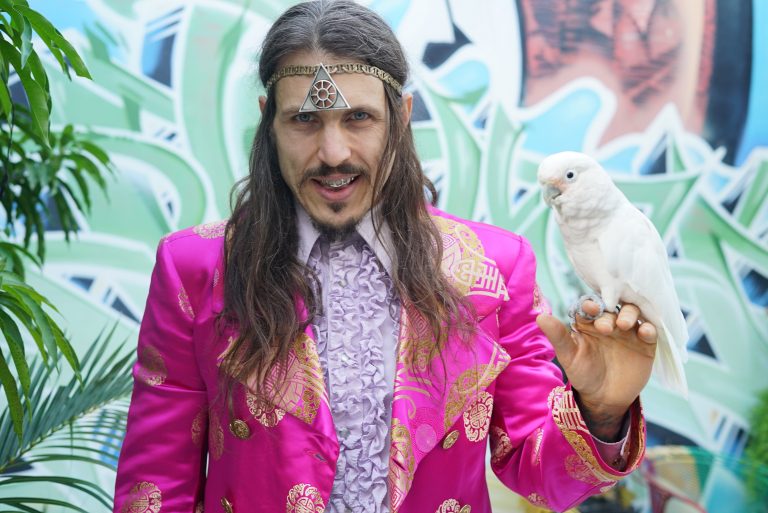 Bermuda Triangle born Otto Von Schirach is one of a kind human/alien, His magical presence & energy makes you overwhelming happy. This Miami Native puts out many different types of epic Electronic music and always has new life and sounds to share, hence he is always touring around the earth. His Shows are more of a sonic ear cleanse, aura cleanse and will magnify your pineal gland! You will be extremely happy after his live performance.

Otto Von Schirach (half Cuban / half German) was born in 1978 in the swamp infested refugee world of Little Havana Miami. As a child his grandmother practiced Santeria and White Magic, which opened his eyes to the strange and bizarre. Otto grew up listening to Miami Bass, Gore Grind, Gangsta Rap and Afro Cuban Noise. In 1995 Otto bought his first drum machine from a crack-head just 2 blocks from his mom’s house. Right away he recognized his passion for grimy diamond soaked kick drums through distorted fuzz muck. The rest is history.