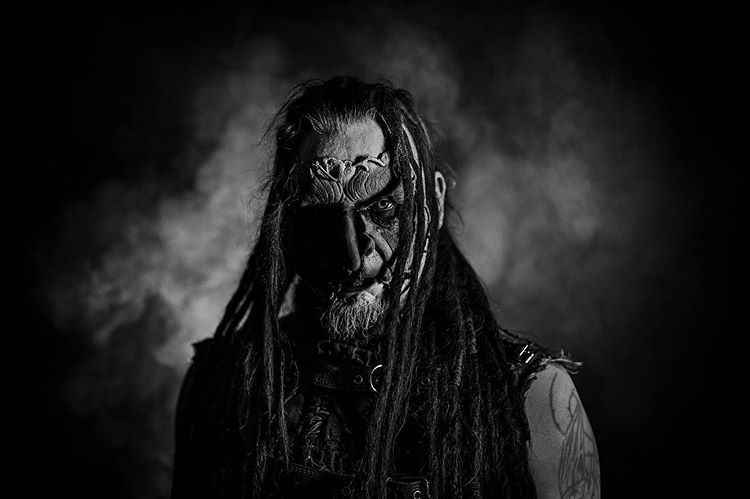 After Mortiis left Emperor, the Norwegian black metal band he was part of starting, in late 1992, he started Mortiis as a solo project, and released a number of solo records between 1993 and 1999.

Reinvented as a proper band, Mortiis released The Smell of Rain in 2001. Followed by The Grudge in 2004, and the remix record Some Kind of Heroin in 2006.

Disenfranchised with the brutality and hypocrisy of the record industry, Mortiis did not release a new album untill 2010, when the band self released the album ”Perfectly Defect” – as a limited edition CD, and as a free download thrugh their own website.

The next record, The Great Deceiver, was completed around 2013, but did not see the light of day, until 2016 due mostly to events beyond the band´s control. Mortiis´ personal mental health being one of them.
The Great Deceiver was finally released in March 2016.

In the fall of 2016 work started on remixing The Great Deceiver. The result was “The Great Corrupter” and features over 20 reworks/remixes of material from The Great Deceiver, by artists as diverse as Godflesh, Die Krupps. In Slaughter Natives, Godflesh, Chris Vrenna, John Fryer, Prurient, Apoptygma Berzerk, PIG, and many more. Release date has been set to April 21st 2017.

Mortiis has toured fairly consistently for the past 15 years, and has shared the stage with a variety of artists and bands spanning genres ranging from black metal, to punk to industrial and EBM. Some of the bands Mortiis has toured with are Danzig, Behemoth, Apoptygma Berzerk, Combichrist, Christian Death, Mushroomhead, The Genitorturers, Deathstars, etc.