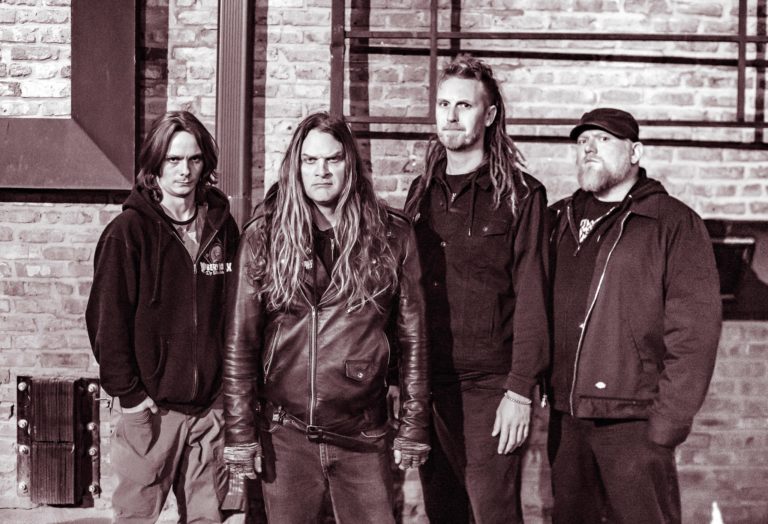 For a band celebrating 25 years, JUNGLE ROT is just hitting their prime with the release of their eponymous brainchild.

“Old-school groove with attitude needed its boundaries pushed,” states front-man/guitarist Dave Matrise. Once again helping the band blaze new creative territory was producer Chris Djuricic. “We worked with Chris again because we knew with this record he’d make us go beyond what we delivered with 2015’s Order Shall Prevail.”

It’s been three years since the release of that album and the metal infantry were on the road before it hit shelves, in the thick of the sweltering 2015 Mayhem Festival. The band continued on to their first ever South American headlining trip and other national tours with Decapitated, Dying Fetus, Acacia Strain, Deicide and Destruction.

Jaded death metal purists looking for fresh kills need to add Jungle Rot to their must listen list. The album blasts off with ‘Send Forth Oblivion,’ an equivalent to stainless steel medical devices in your eardrum. Destruction’s Schmier lends his shrieking throat on ‘Fearmonger,’ as Matrise lays down a counter-guttural growl lower than Dante’s Gate of Hell. ‘Glory For The Fallen’ shows Genenz pounding away at his woofer as he explains the track was written for his close friend Jeff who was murdered last year. “I definitely needed to put something on the album for my fallen brother, and another track directed at the cowardly scumbag who took his young life, which is ‘Pumped Full Of Lead.’ I’ve had a lot of pain to write with, so that is my message – life is pain.” JUNGLE ROT closes out the album with their take of Kreator’s 1987 classic ‘Terrible Certainty.’ “I love this song and it’s one I’ve always wanted to cover. I remember seeing them for the first time, saying to myself I want to start a band,” Matrise confesses.

When asked about the difference between the self-titled album and 2015’ Order Shall Prevail, Matrise explains, “the most change to me is the drumming. We had longtime contributor Jesse Beahler back holding down the throne and it’s always a surprise working with him. I feel this is Jesse’s best effort yet. We also had Dan Swano (known for his work with Marduk, Nasum and Nightingale) handle the mixing and mastering on this new release. This was the first time we sent our music to be mixed by someone else other than Chris and myself. It was good to have a new fresh pair of ears for it.” Genenz adds, “We had a little more time to focus on this release and with everything that has been going on in my life personally, and the state of the current world, I think we created one hell of a record to call our tenth.”

The band also had longtime commander Gyula Havancsak behind the artwork. “Every piece of work we get from him is better than the last. I remember the first time I saw this creation I had a huge smile on my face. He has some amazing ideas in his twisted brain!”

“Our fans have always supported us and respect what we do. I think their reaction this time around is going to be ‘fuck yeah, this is why I love JUNGLE ROT so much!’” Just as their self-titled album is released, the band sets out with Havok to deliver the new cuts for the first time ever.