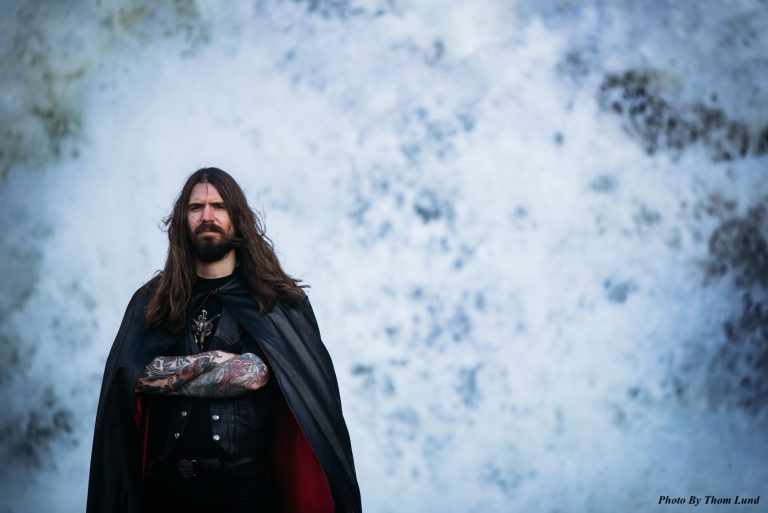 Erlend Hjelvik (YELL-vik) is a metal composer, lyricist, and vocalist from Vikedal, Norway.

In 2006, Erlend co-founded Kvelertak, the genre-defying rock & metal band known for its high-energy live shows and led by the owl-headed frontman’s savage vocals, performance, and lyrics.

When with Kvelertak, he toured worldwide with bands like Mastodon (2014), Alice in Chains and Metallica (2014), Slayer (2015), Ghost (2017), and again with Metallica (2017/18). During Erlend’s tenure, Kvelertak earned four Norwegian Spellemann awards – akin to an American Grammy.

Despite the growing success, in summer 2018, Erlend shocked the music world when he left Kvelertak.

And so, for two years now, he has quietly readied HJELVIK.

Now, he waits no longer.

Armed with HJELVIK and his debut album, Welcome to Hel – Erlend Hjelvik is back to deliver his metal to the masses.

Erlend has composed Welcome to Hel in its entirety and calls the music “blackened Viking heavy metal” with lyrics revolving around Norse mythology.

Allied with HJELVIK for the worldwide metal massacre is the mighty Nuclear Blast Records. In Norway, HJELVIK will deliver through Erlend’s independent label, Helmet Fire Records.