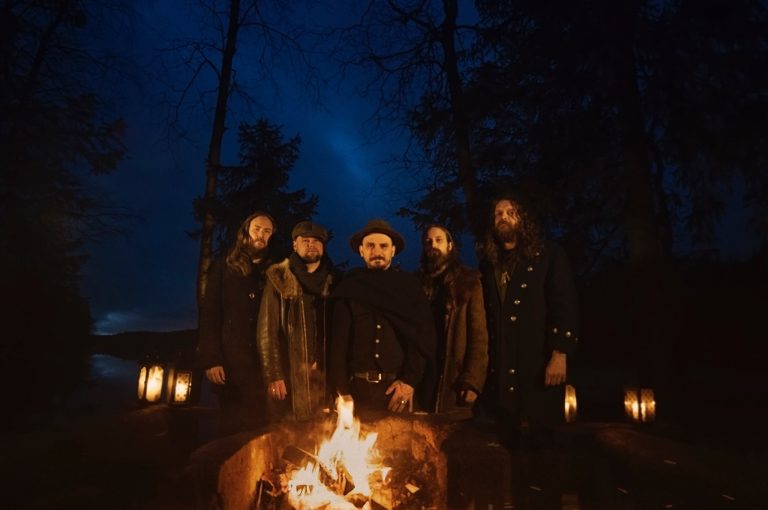 Founded in the magical forests of Finland, via the green and pleasant lands of England and Ireland, Hexvessel are wyrd folk. Formed in 2009 by English/Irish singer/songwriter Mat “Kvohst” McNerney, also known for his work with Beastmilk (now known as Grave Pleasures), The Deathtrip, guest spots with Carpenter Brut and Me & That Man and his earlier work with Norwegian Black Metal bands Code & Dødheimsgard, Hexvessel is a highly eclectic and revered underground treasure. It is McNerney’s work with Hexvessel, out of all his artistic endeavours, which has been his most brave, exploratory, honest and impossible to categorise, unique and idiosyncratic in a world all of their own. Settling in a country where mythology, tradition and pre-Christian heritage is still alive, McNerney found solace in the constant reflection of Finland’s pagan past, awakening secret knowledge that led to the formation of Hexvessel.

Since their acclaimed debut album Dawnbearer (2011), Hexvessel have released four further albums of eerie forest folk and bewitching psychedelia culminating in their new album Kindred (2020). Taking a darker and more esoteric path, Kindred sees Hexvessel re-forge their eclectic melting cauldron or “vessel” of sound into a potent “hex” of spell-binding songcraft. Blues-laden psych-rock and progressive structures harken back to King Crimson, giving way to dark earthen balladry reminiscent of early Nick Cave and the doom-laden atmospheres of Dead Can Dance. The band returned to their original studio in Tampere, Finland, where they recorded their cult classic No Holier Temple, which fused Hexvessel’s folk roots with an occult undercurrent, with the new album mastered by John Davis (The Killers / Gorillaz / Led Zeppelin / Lana Del Rey) in the UK. Through Kindred’s 10 song rites of passage, Hexvessel cover Coil’s Fire Of The Mind live from a mental institution and delve into the Druidic sacrificial swamps with songs like Bog Bodies, which conjures the deep Lynchian night with muted trumpet and foggy rhodes piano. Adorned by cover artwork by artists Thomas Hooper (who has worked for Neurosis, Converge and Doomriders) and Richey Beckett (who has created work for Metallica, Foo Fighters, Robert Plant), Kindred is an album which calls you on a journey, both intimate and richly enlightening.

Hexvessel write songs in the oral tradition of the old balladeers, conjuring wild psychedelic rituals and hypnotic pagan prayers. They weave everyman stories that create a bond between the teller and the audience, bringing alive a sense of shared purpose and spiritual history, with mind-altering delirium. By drawing on older folk acts like Shirley Collins,Vashti Bunyan, later folk rock & progressive psych rock bands such as Steeleye Span, Fairport Convention, Mahavishnu Orchestra, Captain Beefheart and King Crimson, to more recent artists such as Current93, Nick Cave and Coil, imbued with Karelian and Nordic folklore rhythms, Hexvessel have created a sound that is both ancient and modern. Hexvessel is about connection and roots, bringing the spirits of the past that we all share to a more mystical and fulfilling vision of the future.

Hexvessel have been previously nominated for 2 Finnish Emma (Grammy) awards, 2 Metal Hammer awards and 3 Prog Magazine awards, winning 2 Finnish Femma awards and landed several times in both the national and alternative charts Finland. Brooklyn Vegan said of the band’s dark ‘forest folk’, “They’re way too accessible to be as niche as they are” and as Noisey puts it, “Weaving English folk, lilting Americana, and mushroom-induced psychedelia, Hexvessel are The Doors misplaced and found wandering the vast forests of Finland.”

Finland’s Hexvessel will release their new album Kindred on April the 17th 2020 via their own imprint Secret Trees, in an exclusive partnership with Svart Records.