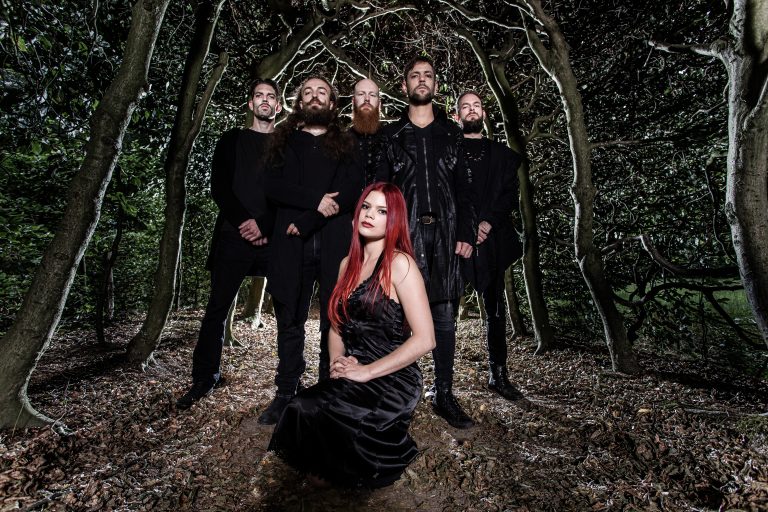 In an age where bands routinely play it safe and confine themselves to the rules of genre, rare is the band that takes a more distinctive approach and can whisk you away to a land of mystery and enchantment. Blackbriar first conjured their vision of darkly dreamy alternative/gothic metal back in 2012 when Zora Cock, Rene Boxem, and Bart Winters came together to form the band, which laid the foundations for the release of their first single, “Ready to Kill,” in 2014. But it was in September 2015 with their second single, “Until Eternity,” where Blackbriar truly emerged onto the scene with a captivating and unique video to accompany it, which has had over 14 million views to date.

With an inventive video and buzz beginning to swirl around them, the band was able to successfully crowdfund and self-release their first EP, Fractured Fairytales in May 2017. Fully embracing the musical fairytale aspects from “Until Eternity,” their sweeping compositions and the haunting yet ethereal vocals of Zora Cock cemented their unique merger of symphonic and gothic elements into something breathtaking. The reception to Fractured Fairytales offered the band even more opportunities, including tour dates in The Netherlands and Germany, where the band played alongside Epica, Halestorm, In This Moment and MaYan.

Continuing their forward momentum, the band chose to continue the independent route and again successfully crowdfunded their latest EP, We’d Rather Burn, which was unleashed in October 2018. With Fractured Fairytales having caught the attention of famed producer Joost van den Broek (After Forever, Epica, Ayreon, Xandria, Powerwolf), they enlisted him to arrange and produce the EP, giving it an even more stunning and occasionally whimsical feel, sure to leave the listener spellbound. Releasing the EP alongside the debut of their self-made video for “I’d Rather Burn,” Blackbriar upped the atmospheric ante and brought the listener on a magical journey that included tales of witches, banshees, and even the sea. But that wasn’t all. To cap the year off, the band revisited “Until Eternity” and released an orchestral version that is rich in emotion and capable of transporting the listener to a bewitching dream world.

This brings us to the present, and Blackbriar has no intentions of slowing down. From their continued DIY ethos that includes everything from songwriting, maintaining their website, and overseeing merch, to even producing and shooting their own videos and band photos, they have a clear vision and direction for the band. Already with almost 27 million YouTube channel views and over 155K subscribers, they are now ready to take the entire metal world by storm. Blackbriar has just released their latest EP “Our Mortal Remains” and is currently at work on their full length debut album, again with Joost van den Broek at the helm, tentatively scheduled for release later this year. Let Blackbriar take you into a fantastical gothic world bolstered by addictive hooks, magnificent arrangements, and dark beauty. Or would you rather burn?