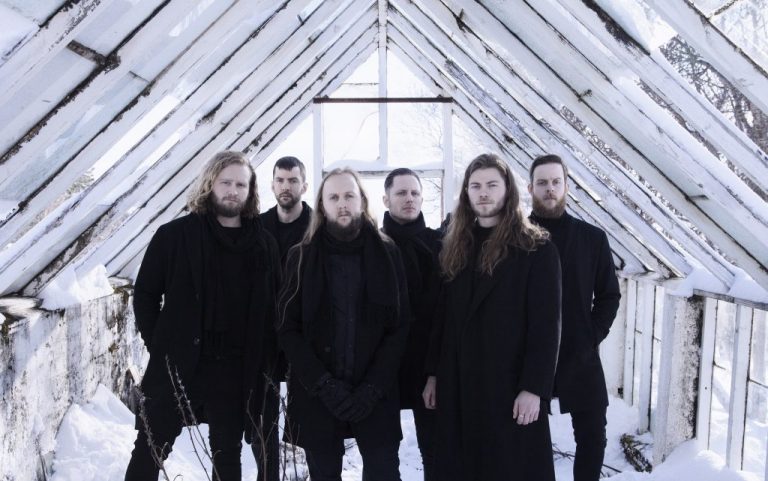 As the country’s vibrant black metal scene has proven, Iceland can be a beautiful and sinister place where furious elements rage teaching fear but also inspiring human creativity. Emphasizing melodies rather than dissonance and approaching their music from a dramatic, classical black metal angle, AUÐN deliver another mesmerizing piece of art with ‘Vökudraumsins fangi’.

Hailing from the village of Hveragerði in the south of Iceland, AUÐN deliver haunting melodies and beautifully frozen atmospheres – as opposed to the jarring and caustic blunt force trauma that has brought this remote place in the Northern Atlantic to the black metal forefront.

Founded in 2010, AUÐN’s talent was quick to be recognized. After the release of the self-titled debut, the band got invited to Iceland’s main metal event, the Eistnaflug Festival. They participated and won the local Wacken Metal Battle contest in 2016, while making it to the top three during the infamous Wacken Open Air festival itself. Shows at the prestigious Inferno and Roadburn festivals followed in 2017.

The second full-length, ‘Farvegir Fyrndar’ was released in November 2017, continuing the band’s fast ascent. Highly praised by the international metal press, the sophomore record reached back to a more classic second-generation black metal approach combined with a sense of elegance and melancholy that one can feel while dwelling among the bleak, extraordinary landscapes of the island.

The Icelanders embarked on European tours with label mates GAAHL’S WYRD in 2017 and THE GREAT OLD ONES (2017 and 2018) and captivated festival audiences at the biggest European fests, such as Copenhell, Summer Breeze Open Air, Eurosonic Noorderslag, Roskilde, Eindhoven Metal Meeting and more.

Returning with ‘Vökudraumsins fangi’, AUÐN explore new soundscapes and push their music to new heights, thereby setting themselves further apart from their Icelandic contemporaries. The six piece draws inspirations from their natural surroundings, but also chart the territory of the mind. The album title literally translates to ‘prisoner of the daydream’, but rather refers to a perpetual state of delusion of a life that never took place.

Join AUÐN while traversing the blurred lines between reality and the supernatural and the otherworldly sceneries of their native Iceland.