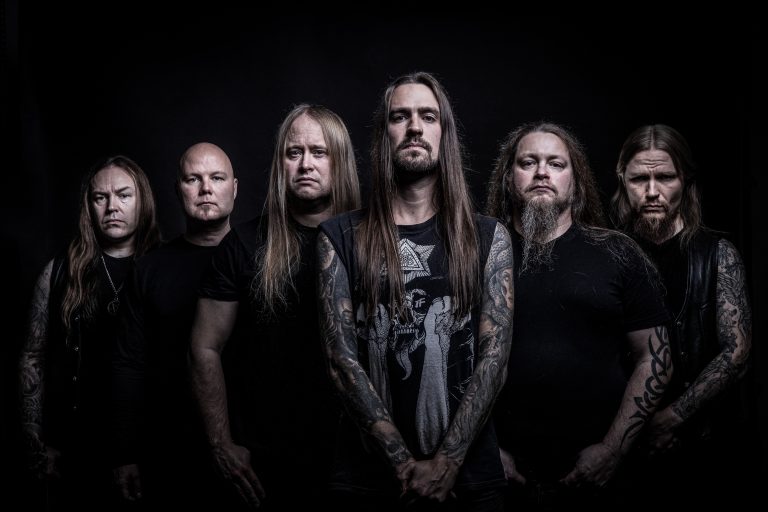 The fumes of Scandinavian black metal were poisoning the air and the second wave of black metal had taken a new form. …AND OCEANS emerged in this scene in 1995, with an exceptional and unique symphonic approach to the music. Still seeking the musical path to take, the Finns delivered a few demos before signing to Season of Mist 22 years ago.

At this point, the band had already found its path to walk, shaping the music and lyrics away from the regular black metal outfits and topics with ambient parts and lyrics twisting the reality, using different languages and aiming to provoke and confuse.

In 1998, debut album ‘The Dynamic Gallery of Thoughts’ received strong feedback in the media and the word got out at a fast pace, lead to a split album with label mates BLOODTHORN. Sophomore album ‘The Symmetry of I, The Circle of O’, released 1999, pushed the boundaries even further.

Entering the Abyss Studios with the Tägtgren brothers in 2000 changed the whole band once again. The album ‘A.M.G.O.D.’ was musically very far from the early symphonic black metal delirium with its electronic post-modern approach.

After touring with MARDUK, MORTICIAN and VADER, …AND OCEANS re-entered Abyss Studios to record a more elementary album featuring industrial and power electronics vibes. In 2002, when the last album ‘Cypher’ was released, the band had reached its full circle and decided to call it a day.

17 years later, a newfound energy stirred, and the Finns decided to reform for a selected amount of shows. Soon the musicians started working on a new album and came back to the Season of Mist fold. A couple of new faces have recently joined the band, including vocalist Mathias Lillmåns (FINNTROLL).

…AND OCEANS’ new album ‘Cosmic World Mother’, sees the Finnish metal outfit return to a ferocious black metal sound, combined with industrial and symphonic influences. The songs are bristling with creativity and energy, intertwining the …AND OCEANS sound with elements from the different projects the musicians have played in over the years.

On the record, the six piece explores the transformations of physical and psychological energy. When we die, our bodies become energy for plants and animals… But what happens to the mind and the soul? The ‘Cosmic World Mother’ is at the heart of these streams of energy: the birth- giver, the one who transforms and the life-taker. All energy is eternal, it just changes forms…